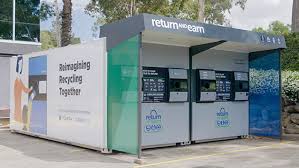 Council has been considering the implementation of Reverse Vending Machines as part of the NSW ‘Return and Earn’ container deposit scheme.

Council undertook an extensive review of potential locations for these machines where you can return a bottle and receive a deposit refund for a number of specified containers such as drink bottles.

The initial sites considered were:

Subsequently five additional sites were considered (none of which were in West Ward).

The Officer’s recommendation is that vending machines be installed at two locations – Northbridge Plaza and the Dougherty Centre carpark and that Council seek a lease fee of at least $25,000 per site (per annum?)

As we know, empty containers are relatively bulky items and, if made of glass, relatively heavy. The refund we believe is of the order of 10 cents. The Dougherty Centre carpark is quite small and heavily used. It is difficult to see anyone getting easy access to this machine. The closest carpark is the public carpark across the road which on average is probably a 100m walk to the machine.