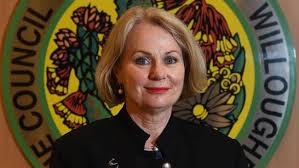 It is reported in the North Shore Times that Council’s General Manager, Ms Debra Just’s contract has been renewed with a pay increase from $340,000 to nearly $400,000 p.a.

Lane Cove’s GM earns  $285,000. Kuringgai’s GM earns $292,000. Clr. Saville opposed the renewal of the contract on the basis that the increase was more than the CPI and because the approval was given behind closed doors.

Clr Coppock argued that the Local Government Act requires the appointment of any Council staff must be and open and transparent process. Further it is reported that he believed the general manager did not deserve to continue in her role. He cited issues with openness and transparency under her watch. Clr. Coppock also feltthat the GMs management style was a bad for for Willoughby.

The GMs contract was due to expire in February 2019. Evidently the GM had requested a new contract. One can only surmise as to why.

Councillors voted 10 to 2 to renew the GM’s contract.