The following information has been provided by John Begley of RMS:

I have been advised by Peter Crosby, Regional Manager Sydney (RMS), that having carefully considered the Willoughby City Council resolution and direct approaches from, and meetings with local residents, RMS still intends to proceed with the high friction resurfacing  scheduled to commence on the night of the on 1 December 2013, thus the improved wet weather safety benefits can be realised as soon as possible.
The new linemarking, including the one lane westbound, will be installed immediately after the resurfacing. RMS will closely monitor the traffic flow on Fullers Road upon the introduction of the new linemarking so that any adjustments to the linemarking or traffic light phasing can be done quickly.
JOHN BEGLEY
Road Network Leader
Traffic Engineering Services | Journey Management
RMS

As a result of heavy amendments in the Upper House by Labor, the Greens and the Shooters and Fishers, this morning in the Lower House, Minister Hazzard withdrew the NSW Planning Bills until February/March next year. 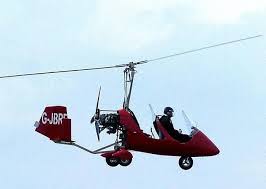 Earlier in the week around 800 WestWarders received notification from John Begley of the Roads and Maritime Services that, finally, safety treatments would commence on Fullers Rd starting this Sunday, 1st December 2013.

These safety treatments include a new high-friction surface for the road plus a swathe of line markings addressing danger spots.

BUT. Last Monday night Willoughby Council voted to proceed only with the high-friction treatment. Instead of the safety proposals they have again demanded that a fixed speed camera be installed. (Council has been asking for a few years for a speed camera and has always been advised that the location ranks very low on the ‘dangerous road’ list).

So, where does this leave the proposed safety treatments? The decision on whether these proceed is made by RMS (not Council). To ensure that RMS are aware of the depth of astonishment with the Council outcome you can make your views known by contacting the Project Manager at the RMS: john.begley@rms.nsw.gov.au

The issue of election donations is something that needs reform. However, a far broader range of reforms needs to be considered.

One of the illogicalities in the current law is that Councillors do not have to declare donations until AFTER the election. A simple change would be to have a cut-off date for donations BEFORE the election.

There is also a case for donations to be capped. A number of Councillors in the past have run successful campaigns on less than $2,500. Some unsuccessful candidates have spent near $30,000. (However, not all of this has been funded from donations). There is the option in any new law to LIMIT the amount that can be spent on elections (thus allowing a wider cross-section of the community to stand. Such an approach could be accompanied with a CAP on donations.

Another option proposed is that Council elections be publicly funded (like Federal elections). Logically, this should be accompanied by a cap on spending. 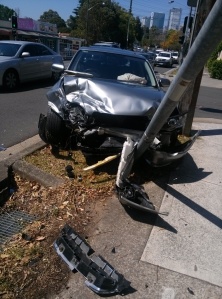 These photos of a recent ‘run-off’ accident near Greville St. 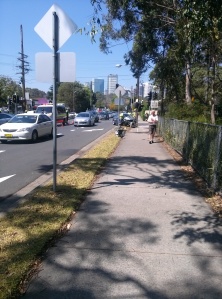 A recent study into the cost of common items installed by Councils came up with some extraordinary results. The study found the the coast to Councils for various items were:

Council’s most recent action in regard to Fullers Road was in June 2013 when we wrote the Centre For Road Safety at Transport for NSW making a renewed request for speed cameras on Fullers Road to be completed in conjunction with the Road Safety Scheme. No response to that letter has, to date, been received. Council also wrote to RMS and the local members in April regarding the ongoing delays in introducing the road safety proposals on Fullers Road.

It is noted that RMS is now proposing further amendments to the Fullers Road proposals to address issues raised in the Independent review. It is also noted that the independent review makes no reference to the provision of speed camera’s on Fullers Road.   A link to this review can be found towards the bottom of this e-mail.

Fyi, details have been updated on the RMS website with regards to Fullers Rd. We have released a report by Parsons Brinkerhoff which assesses the Fullers Road proposal.

RMS has review the report and are in the process of amending the design. Once a final design has been completed RMS will inform council of its next step.

The Roads and Maritime Services (RMS) has advised Council the the implementation of the surface treatment safety scheme (with some changes) is imminent. Some work is expected to commence in December with line-marking works to follow.

Council Officers report that it is unlikely that a speed camera will be introduced as part of this program of works. They cite a reduction in the speed limit; subsequent reduction in accidents and a new high friction resurface may be used by the Office of Public Safety to deny a speed camera. The location no longer ranks in the Top 50 Speed Camera sites.

RMS will be meeting with NSW Police to plan traditional Police enforcement of speeding.

Full details of what is proposed are available in the  Fullers Road Update report.

Councillor Saville has also moved a motion calling for a Public Meeting to discuss the report.

According to a recent report Willoughby Council has $28 million backlog in public works. Of this $20 million is needed to bring stormwater drains up to scratch. Council is in the process of prioritising these public works. Council will spend $2.7 million this financial year on problem. Roads, curbs, gutters and footpaths need $7.2 million. Roads need $4.4 million.

Council is planning to to get on top of the backlog within a few years. Feedback from the community to date is that they would accept a modest increase in rates to address the backlog. We hear that Council is looking at rate increases of 3, 4 or 5%.

There will be further community consultation before major decisions are made.

The following information has been provided by Greg Woodhams, Council’s Diector of Environmental Services:

Previous advice has been provided that Meritons have appealed the decision of the PAC to refuse their Modification 6 application for Thomas Street.

The Department of Planning and Infrastructure has advised that a s 34 Conciliation Conference will be held in respect to the PAC determination for refusal of the Thomas Street application. The Conference details are provided below. The s 34 conference is not a public meeting but is a formal process conducted by the Land and Environment Court.

I have requested that Council be provided the opportunity to address the s34 Conference. I will make an oral submission based on the Councils previous resolution on the Modification 6 and generally relying on the material I presented at the Public Meeting before the PAC earlier this year.

The addresses for objectors/correspondents will be heard on site by a Commissioner. Once that has occurred then the Commissioner and the parties (being Meritons and the PAC) will adjourn to the Land and Environment Court. That further meeting is not open to the public (or Council) to attend. If the outcome of the Conference is that agreement cannot be reached then a hearing date will be set for the appeal to be heard before the Court. If the s34 Conference results in some agreement for approval by the parties then the Commissioner has the authority to hand down a Court Order reflecting the agreement.