The Great Sydney Commission (GSC) has released is planning framework for Sydney through to 2056. This is a massive report, so we will only be able to consider a portion of its components. In their wisdom the GSC has not released a searchable plan – making it difficult to review the plan appropriately.Like many plans, it is long on rhetoric, short on detail.

Sydney will continue to grow from its current 4.7 million people to nearly double to a staggering  8 million in 2056 thus creating a minimum of 725,000 new dwellings
and an extra 817,000 jobs

In past state government plans for housing Sydney’s burgeoning population the mantra was ‘Urban Consolidation’. This mandated that the majority of population growth should be accommodated with the inner and middle ring suburbs (of which Willoughby and Chatswood is one). The aim or urban consolidation was to limit the expansion of Sydney on its periphery on the incorrect assumption that development would be cheaper than building new infrastructure. In fact, urban consolidation went a long way to irreparably damaging community assets such as schools, open space and transport.

The first iteration of the GSC plan for Sydney established six districts. Willoughby was grouped with Hornsby, Hunters Hill, Ku-ring-gai, Lane Cove, Northern Beaches, Mosman, North Sydney and Ryde local government areas. This was a welcome move to the opportunity to plan on a regional level but did not go far enough. The latest plan divides Sydney into three: 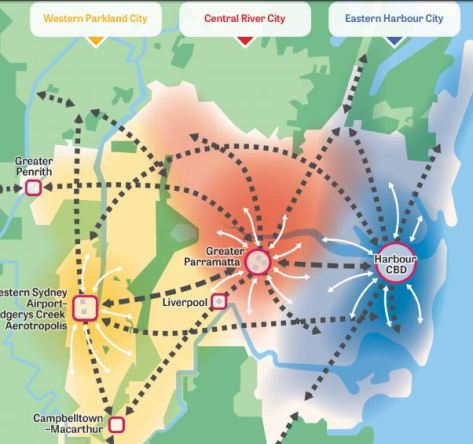 There are two major benefits to the GSC approach. Firstly, the bigger the scale the better it is to form a strategic view of an area. Secondly, it may allow an easier tracking of political largess in attempt to assure an equitable distribution of resources.

The predictions above show that finally Willoughby will get some relief from Sydney’s population increases.

Finally, established Sydney will receive some relief from continued growth with the proportion of new dwellings dropping in favour of growth on the perimeter of the City.

Like in previous plans, the GSC have establised housing target (this time at district level.

It is unclear how a district target will be spread across the district. Most likely, current development patterns will be emulated with the exception of any renewal areas that may emerge.

One of the key elements of the plan is to provide transport infrastructure to reduce travel to work distance. This has a flow on environmental benefit effects as well as positive lifestyle benefits. 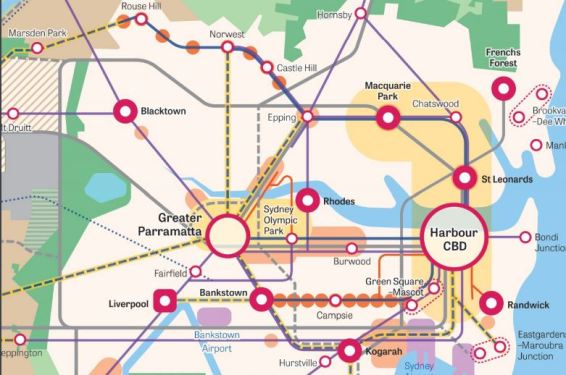 There are a number of aspects of the Three Cities transport plan that are confusing and disappointing,

In this new plan, Chatswood maintains its status as a Strategic Centre (predominately based around retail and commercial activities). However, Chatswood is triangulated by surrounding Health and Education nodes at Macquarie Park, French’s Forest and St Leonards. This has the potential to see significant cross-centre traffic via Chatswood which would require an upgrade of local road infrastructure (particulalrly the Pacific Highway). No such upgrades are mentioned.

After robust advocacy by the Northern Sydney Regional Organisation of Councils, the concept of a ‘Golden Arc’ from Sydney Airport via North Sydney and to Macquarie has been acknowledged.

The ‘Golden Arc’ is a powerhouse of wealth generation and underpins Sydney’s role as an international city. It is deserving of far more infrastructure and government investment than in past decades.

The GSC are predicting that over 30%of the population will speak an Asian language at home. Based on previous trends, this will likely be higher within Willoughby.

Perhaps the most intriguing aspect of the GSCs environmental initiatives is termed the green web.  In a densely populated city such as Sydney (particularly in inner and middle ring suburbs, it is difficult to generate new open space. Instead, the pragmatic approach adopted by the GSC is to make the best of what is available by ‘connecting the dots’ establishing conections between existing spaces.

There are many other aspects to the plan. In particular, the sections on affordable housing and industrial lands are worth a read. 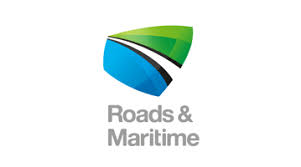 At the RMS Traffic Committee this Wednesday there are a number of matters related to West Ward:

Full details of the problems and recommendation:

Willoughby Council is again seeking your feedback before Monday 6 November 2017 for the next stage of the works proposed for the playground at Lowanna Park, Chatswood.

Stage 1 involved community consultation around the installation of a playground fence and gaining an understanding of what the local community would like to see in regards to playground improvements for the site. The fencing works to separate the playground and BBQ facilities from the off leash dog activities were completed in 2016.

Stage 2 involves furthering the upgrade of the playground. Based on community feedback, Willoughby City Council has now produced a Draft Playground Improvements Plan for the upgrade works which are scheduled for early 2018.

We welcome your feedback on the Draft Plan and invite you to comment by the 6th November 2017.

These works are expected to start within the Chatswood dive site on Monday 16 October 2017, weather permitting. Works within the site will be done Monday to Friday between 7am and 6pm and Saturday between 8am and 1pm.

Some of these activities will be noisy, particularly removing concrete slabs with a hammer and reinstating the work area using a compactor. The project team will limit these impacts wherever possible.

Works to relocate the utility services will start on roads and footpaths surrounding the site in the coming weeks. Further updates, including information about out-of-hours works, will be provided as the works progress.

For more information, enquiries or complaints please contact us at 1800 171 386 or tunnels@transport.nsw.gov.au.

With the recent start of major works on the Metro South dive site on the corner of Mowbray Road and the Pacific Highway. concern has been expressed of the likely prospects of dmage to the heritage listed Mowbray House School building on the site.

The Heritage Plaque for the building reads:

Mr Lance Bavin opened the Chatswood Preparatory School in 1906. In 1914 the name was changed to The School and then Mowbray House School. The Main House was built in 1906. Designed with a view to further extensions it contained various offices and function rooms, as well as a dormitory accommodating twenty-five boys. The school closed in 1954. The Electricity Commission acquired the land in 1953.

That Council Officers investigate this new information regarding risk of demolition to heritage listed Mowbray House as a matter of urgency.

That Council Officers seek further information from the Heritage consultant (AMBS) in response to questions from all Councillors.

That Council Officers write to the Premier, Minister for Transport, Leader of the Opposition and other relevant MPs to advocate for its heritage protection during and post construction.