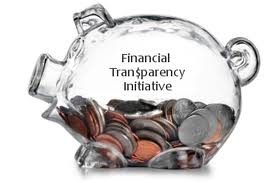 The following question has been posed by a local resident. The question will be asked of Council and we will publish any response.

Does WCC provide the following information online and, if not, can this please be made available to rate-payers and the wider audience for the benefit of transparency & accountability−transparency has been promised by some Councillors during the recent Mayoral election:

Distribution of WCC expenses by the four (4) Wards (Middle Harbour, Naremburn, Sailors Bay & West Wards) for about the last 5-10 years and also the forecast/estimated expenses for the next few years for each Ward.

While expenses are available by WCC function/activity area, such as arts and infrastructure, I cannot locate expenses per Ward (in “Operational Plan & Budget 2013/2014”).

If the previously proposed 30% Special Rate Variation was to raise revenue to pay off a $28M infrastructure/maintenance backlog (a proposal which has been cancelled), then can I assume that funding for other WCC functions/activity areas, such as arts & community services, has been adequately maintained? Or does this mean that funding for the latter has been maintained while funding for the former has not?