The RMS representative, John Begley, responded to WCC request for an update on the Fullers Road proposals and the status of Council’s requests for speed cameras. John advised that Peter Crosbie will meet with Gladys Berejiklian, 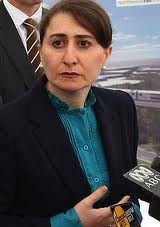 Minister for Transport, on Friday (23 August) to outline RMS proposals regarding upgrading of Fullers Road. There are some changes to the proposals previously put forward, including a right-hand turn into Edgar Street. If the Minister endorses the plan, it will be presented to the community before tenders for the work are finalised.

Regarding speed cameras, John advised that the Centre for Road Safety is responsible for decisions to install these: as far as he can determine, there is no proposal to install a speed camera on Fullers Road. (we have previously been advised that Fullers Rd was on the end of a black-spot list for a speed camera) He did acknowledge that RMS was undergoing major restructuring at present and this was affecting its operations.

Steven Head stated that the response of RMS regarding a speed camera is an amazing decision. There has been no response to Council from the Centre for Road Safety, so if this is its decision it is most inappropriate that it has been made without any communication to the local community.