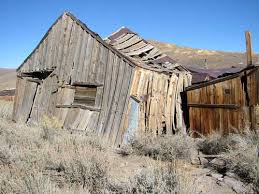 Council is seeking a Special Rate Variation (SRV) in an attempt to address decades of neglect of its physical assets such as stormwater drains, some sportsgrounds, buildings and bridges. Over the next 5 years, Council officers have identified over $17 Million of critical maintenance projects.

Option 1 – No change to rates, would see a reduction in services (such as libraries, leisure and community centres and further deterioration of physical assets.

The SRV option 2 plans to raise the money to cover the identified $17M deficit.

What Council has done poorly in arguing the case for a SRV is clearly identifying on what and where the money raised will be spent. For instance:

There is $1.6M needed for sportsgrounds. Of this, 50% is for a single ground (Wills Tennis Courts). There is only one small project in West Ward, $80K to convert the Chatswood High School courts to a multi-use surface.

There is over $3M slated to maintain parks. West Ward would receive a paltry $100K for the Rotary athletic field.

Around $8M is projected for Buildings.This includes significant funds for buildings at Chatswood Oval and the Dougherty Centre, although it can be argued that these are ‘city-wide’ projects rather than relating to West Ward specifically.

Monies for footpaths, Kerb & Gutter, Bridges and stormwater are not broken down by project.

When the CBD projects are excluded there is only around $400K of projects within the West Ward.

Why would a WestWarder vote in favour of the Special Rate Variation based on the current list of proposed works?