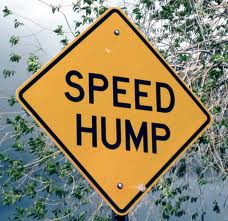 Recently Council installed a new speed hump in Centennial Avenue between the two existing humps that are also pedestrian crossings. The existing humps are 25kph. The new hump is a 15kph which is quite steep. There has been a number of complaints regarding the new hump. We have asked Council to justify their actions in regard to this matter.