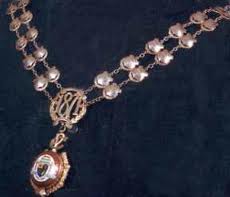 • to preside at meetings of the council

• to exercise, in cases of necessity, the policy-making functions of the governing body of the council between meetings of the council

So, the Mayor can wear the red gown and put on the chains to attend numerous community events. In some Council areas, this is no longer the case with Mayors arguing the need to update the look of the Mayor. The Mayor chairs Council meetings, but they are only one vote in thirteen. So decision power does not rest with the Mayor. Rather it is the Councilors who wield the power. The only time this is not the case is when Council is in recess (such as over Christmas and for the traditional mid-year break). The other functions they exercise are at the direction of Councilors. At a meeting, a Mayor can ‘bring down’ a Mayoral Minute. However, it is the Councilors who make the decision. Not the Mayor!

Over the past couple of decades when Emeritus Mayor Reilly was Mayor, he had won the position with convincing majorities and could claim he was acting on the ‘will of the people’. Willoughby’s next Mayor is unlikely to gain such a clear majority. In fact it is being suggested that the new Mayor is likely to be elected with just 20-30% of the vote.

Vale the power of the Mayor.