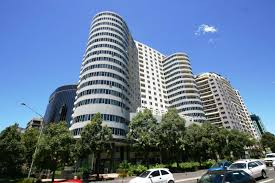 Purpose of Report
Councillor Saville has indicated her intention to resubmit for Councils consideration the
Notice of Motion that she moved at the Council Meeting on 24 February, 2014. The terms of the Motion now resubmitted are as follows:

Motion
“THAT Willoughby City Council develops a strategy for, and provides funding to improve the amenity, streetscapes and footpaths, with tree planting and vegetation, within WCC, along Pacific Highway between Boundary Road and St. Leonards.”

Background
The intent of the motion is to progress and consolidate previous plans for street tree planting within WCC (previously Mr Jeff Organ was officer in charge) particularly along the Pacific Highway.

Trees and planting along the verge would provide shade, reduce sun exposure, and encourage more people to walk, by improving the amenity.

The motion recognises that it is time to develop a consistent approach to the Pacific
Highway streetscape.

It proposes that as a priority the section of the Pacific Highway footpath between Fullers Road and Mowbray Road (both sides) be upgraded, consistent with the plantings on the east side of the Highway near Brown Street.

Furthermore, the planting of appropriate trees and understorey would reduce heat island effect, cooling the walkways, and improving conditions to encourage people to walk.

In summary, the intent of the motion is to improve amenity of the highway with consideration of:

Acting General Manager’s Comments
At the time of the original Notice of Motion, the General Managers comments were that, prior to committing funding, a report on options should be considered by Council and the Officers recommendation was:
“That a report be prepared outlining costs and options for implementation of a streetscape improvement program for the Pacific Highway.”

In April 2014 a report was presented to Council as follows:

Discussion
The length of the Pacific Highway within the Willoughby City Council local government area boundary is 5.5 kilometres. The highway is a State Road and is maintained from kerb to kerb by the NSW Government / Roads and Maritime Services. Over half of this highway length (3.5 kms) borders with Lane Cove Council (from Mowbray Road to St Leonards).

Conclusion
Given the extent and scope of the work outlined in the Council resolution, it is recommended that the work be subject to the engagement of a suitably qualified landscape architect/ urban designer as currently Council does not have the available resources to complete such a report.

OFFICERS RECOMMENDATION
“That funds of $25,000 be considered in the draft 2014/15 Council budget to engage a suitably qualified urban landscape professional to undertake site analysis, concept options and costings for streetscape improvements for the Pacific Highway within the Willoughby City Council LGA.”

The Council did not adopt the Officers recommendation. The following Motion was put but was however Lost and so no further action was taken with the matter.

That funds of $25,000 be considered in the draft 2014/15 Council budget to engage a suitably qualified urban landscape professional to undertake site analysis, concept options and costings for staged streetscape improvements for the Pacific Highway within the Willoughby City Council LGA.

The budget for 2014/2015 has now been adopted and no funding for such a project as proposed in the resubmitted Notice of Motion has been provided for.

The Chatswood CBD Urban Design Study is to be reported to Council later this year. That report is expected to contain recommendations about urban design streetscape improvements to Pacific Highway as it adjoins the Chatswood CBD and in the context of the Chatswood Urban Design plan. The improvements however are limited to a lesser area than that contemplated in the resubmitted Notice of Motion which refers to the entire length of the Highway from Boundary St to St. Leonards.

The project was not raised at the Councillors Workshop on the 19th July as an initiative that
should be undertaken.

On that basis I recommend that no further action be taken on this proposal until such time as the Councillors review the adopted priorities.

If Council believes that the project is still warranted having regard to the priorities already agreed at the Councillors Workshop, then the following recommendation might be considered.

That funds of $30,000 be considered in the draft 2015/16 Council budget for a suitably qualified urban landscape professional to be engaged to undertake site analysis, concept options and costings for staged streetscape improvements for the Pacific Highway within the Willoughby City Council LGA.

OFFICERS RECOMMENDATION
That Council consider the Motion of Councillor Saville for a strategy and funding for improvements along the Pacific Highway between Boundary Street and St Leonards.