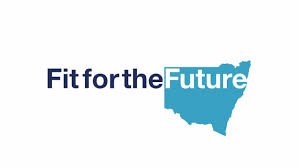 In October 2013 the Independent Local Government Review Panel released its final report ‘Revitalising Local Government’. The report made 65 recommendations including proposed mergers between metropolitan councils in Sydney. As part of these recommendations the Panel‟s preferred option for Willoughby is to amalgamate with neighbouring councils Lane Cove, North Sydney, Mosman, Hunters Hill and part of Ryde.

At the recent Northern Sydney Councils’ Fit for the Future Symposium, held on 5 February at The Concourse Civic Pavilion, it was noted that addressing „Scale and capacity is the first hurdle in Fit for the Future documents, financial sustainability is subordinate‟ and that „Under Fit for the Future, a council is deemed to have scale and capacity if the Panel‟s recommended amalgamation configuration is adopted. No justification is provided by government, or required from the councils that are to merge‟. The option of forming Joint Organisations is available to rural councils, however this option has not been extended to metropolitan councils.

Further, at the Fit for the Future Symposium it was evident that while some councils have resolved to either accept or reject the proposed amalgamations, others, including Willoughby, are yet to make a decision on their position. The key point made at the Symposium was that „The Government‟s objective is that there are amalgamations in Metropolitan Sydney to significantly reduce the number of councils‟.

Hunters Hill: Position to be confirmed at Council meeting within the next month.

North Sydney: North Sydney Council‟s current position is that; „Council has affirmed it is fit for the future as a stand-alone council, but has agreed to hold discussions with neighbouring councils and to explore other options. A public meeting is to be held on 23 February to discuss options.

Ryde: Extraordinary General Meeting held Tuesday 17 February, Ryde – at the time of preparing this report – proposed to reaffirm its objection to forced amalgamations.

Hornsby: At 12 November 2014 meeting Council resolved to „undertake discussions with our neighbouring councils regarding the possibility of merging with one or a number of those councils to create a new entity which meets the Scale and Capacity requirements of the Government.‟
A further report is to be prepared in early 2015.

Ku-Ring-Gai: 25 June 2013 Council resolved: A. That Council not proceed with discussions on amalgamation as the disadvantages for Ku-ring-gai residents far outweigh any perceived advantages. B. That we encourage and participate with NSROC in investigating opportunities to increase the range of resource and services sharing.

It is therefore suggested that Councillors hold a workshop to clarify the options and to ascertain a preferred position. This workshop is scheduled for the first week in March and forms part of the attached timelines.