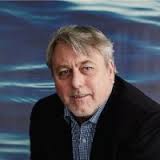 Greg Woodhams, former Director of Planning for Willoughby Council has taken on a new role with the Greater Sydney Commission.

My role at the Commission is to work collaboratively with the Commissioners, government agencies Councils to deliver the major priority projects and growth area initiatives outlined in the District Plans for the Greater Sydney Metropolitan area.