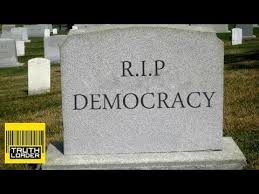 A recent decision by some Willoughby Councilors reflects poorly on them. They voted to limit the community’s access to the democratic process by disposing of two major Committees and possibly reducing the number of council meetings to maybe ten per year plus having more’secret’ briefings (meetings) excluding the public.

The Council Committees were specifically created to give the community the opportunity and more time to talk to Councillors outside of the formal Council Chamber (referred to as the bear pit due to the shenanigans that occur). The rule in the Chamber is that you have three minutes to address the Council. It is reported that the General Manager (Debra Just) argued that many matters from Committees were ultimately referred to full Council. That was the point of Committees, listen to electors, have the discussion and if the matter is still difficult to resolve, refer to Council (where the time taken to reach a decision usually is shorter when a contentious issue is at hand). These Committees have now gone.

At Willoughby, whilst Councilors are elected at the Ward level, under the Local Government Act they are required to represent all electors. Even at Ward  level, a Councilor can be elected with just 1/3 of the Ward vote. Councilors cannot claim to have a mandate. They need to continuously consult with electors across the City and listen to multiple viewpoints, perspectives and debate before casting their vote. My observation over the past 20 years is that this seldom (if ever for some) happened. We are the worse for it.

An option open to the public now is to address the Council, if they wish, on any (and perhaps every) matter they wish. If everyone did this, the new, less than perfect system would grind to a halt. Perhaps then the errant Councillors would get some common sense and rescind their decision.

One thought on “R.I.P Democracy”